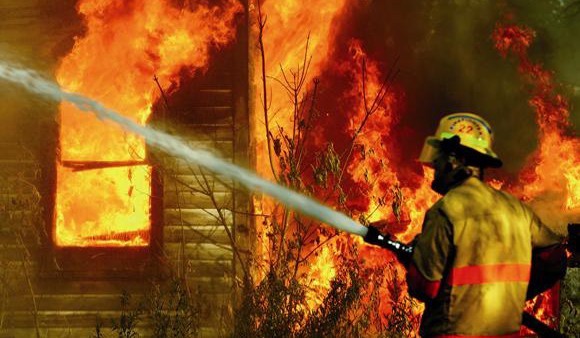 No building is fire proof. A fire can happen anywhere, at any time, at any place and has the potential to damage the property within minutes and cause severe harm to its occupants. According to the statistics released by the National Crime Records Bureau, fire accounts for about 5.9% (23,281) of the total deaths reported due to natural and un-natural causes during the year 2012.It pointed out that approx. 24000 people die in India, every year due to fire and related causes.

Fire risk surveys and audits should be carried out at regular intervals to find the flaws at an early stage so that future fire accidents can be prevented.According to Fire Risk Survey (FRS) 2013, carried out by Pinkerton & Federation of Indian Chambers and Industry, in India, fire accounted for 8.45% of the overall ranking of risks. The said survey also revealed that fires have been rated as the 5th highest risk in industry in 2013. According to the survey, the electric defaults are regarded as the major cause of fires. In Mumbai about 75% of fire-related incidents occur because of short circuit caused by loose wiring.

There is good news that all fires can be prevented. We need to pay proper attention to install smoke detectors, fire alarms, sprinkler systems and different fire extinguishers at the designated areas to control the fire risk in a given workplace, home, hospital, railway station etc. Maintenance of all fire equipment’s and fire suppression systems is vital component of overall fire protection system.

Apart from the planning and installing fire suppression systems, it is important to conduct mock drills at regular intervals to check the preparedness level of all the occupants. Practice is important and can make the difference between life and death.